Tunisian youth are not only put aside from the decision making process, they are also unaware of the changes that are taking place in the government’s new work strategy of governance which concerns “local governance”.

In this concern, a chapter was added to the constitution which is the “7th chapter”, (You will find it attached in the end of this document), as well as a project law that is being discussed on in the ARP.

For this, TABBA3 EL 9ANOUN project, organized by the International Institute of Debate and empowered by the National Democratic Institute, aims to raise youth awareness about these changes and engage them in the decision making process on different axes. 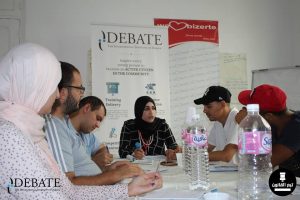 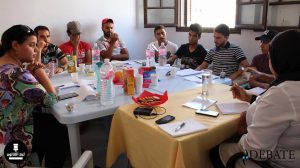 In addition, the project also aims to involve social media users by raising their awareness through informative posts and engage them in an online debate by asking local governance related questions and see how they react to them. 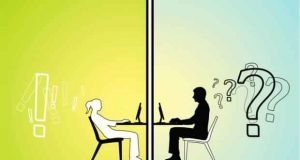 The reports from all informal debates will be summed up in policy briefs which will be presented to local authorities and deputies during the regional debates.

5 regional debates will be organized between October, the 23rd and November, the 5th 2017, in the 5 regions included in the project.

The aim of these regional debates is to create a platform where youth and decision makers meet for discussions and focus groups in order to open a door for them to work along on the process of taking decision and in which area citizens can be involved.

In these regional debates, policy briefs will be presented by moderators that give background of shared opinions of those who took part of the informal debate, include action plan on how to implement different decisions, and propose recommendations as well; all these will be taken from the reports that have been submitted after the informal debates.

Communicating events is a need in this project in order to maximize its reach. To this end, media coverage, whether via social media or/and media outlets (TV, national and local Radio stations, written Press…) are highly demanded to cover and record the events.

These regional debates will, subsequently, lead us to a Press Conference.

The press conference is the closing event of the project where all the outcomes will be presented and all those who took part of the project will be honored. More importantly, the press conference will have deputies from the commission who are working on the Local Collectivities Code and national experts on local governance who will be there to answer journalists, civil society and citizens’ questions regarding local governance and the impact of the implementation of Local Collectivities Code.

Please find the Drive Links to the following support documents