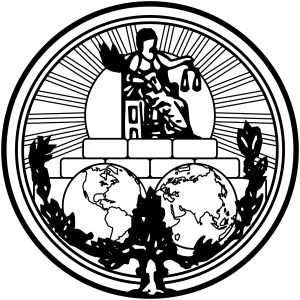 Nuclears weapons have proven to be one of the most imminent threat to humanity, especially after the crushing damage  and terrible effects that they inflicted on economy, health, environment and infrastructure during world war 2.

Therefore the Non-Proliferation Treaty (NPT) was signed in 1968, with the objective of preventing the spread of nuclear weapons and technology, to promote cooperation in the peaceful uses of nuclear energy, and to further the goal of achieving nuclear disarmament. But the fight is not over until the treaty is respected by all countries. Which is the subject of the  Marshall Islands v United Kingdom case.

In April 2014, the Republic of the Marshall Islands instituted proceedings against nine states for their alleged breach of obligations regarding the cessation of the nuclear arms race and nuclear disarmament.As a matter of fact, The Marshall Islands claimed that the United Kingdom was in breach of Art. VI of the Treaty on the Nonproliferation of Nuclear Weapons (NPT), which states that Parties have an obligation to negotiate in good faith “on effective measures” for the “cessation of the nuclear arms race at an early date” and nuclear disarmament. It added that India and Pakistan, though not party to the NPT, were bound by similar obligations as a matter of customary international law.

Respecting the NTP is very necessary to prevent the world from a nuclear war which makes this case important and necessary to serve the purpose of the UN of maintaining peace.