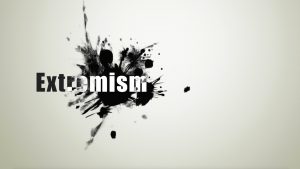 As youth we’ve always been told that we are in a very sensitive age. That it is our turn to chose our path which leads to a successful life or a failed one. It’s the age of adopting ideas, experiences, ideologies, pain and joy; that’s our first steps towards the real meaning of life . Sounds great right? But what if you discover that youth is the age when you have the ability to knock on heaven’s door as you enter into your own hell by isolating yourself and unconsciously start surrounding yourself by the circle of extremism?!

It is the monster who’s waiting for our weak spot so it can devour us, damage our personalities, and hurt people around us. Extremism means, literally: driving (something) to the limit, to the extreme or the quality or state of being extreme, advocacy of extreme measures or views. It means following something to the extreme by heart more than by critical mind. It’s a belief based on dogmatism that you believe in something and refuse the fact that it can be criticized. Nowadays, the term is mostly used in a political or religious sense, for an ideology that is considered by the speaker or by some implied shared social consensus. This phenomenon tends to be far outside the “acceptable” mainstream attitudes of society. But extremism can, for example, also be meant in an economic sense and is caused by three main reasons which are the lack of conscious, culture and critical thinking.

The education system which is based on attending classes, learning lessons without critical thinking, and seeking only to pass exams. The unawareness of how to raise a child in a right way results in him becoming accustomed to silence and accept information as it is.

This is the means of how culture is lost which leads to the lack of creativity and the spirit of innovation. Also it’s a way to a culture where there is lack dialogue because the conservative society is still living inside our community’s head. Inside our families, most of parents and especially fathers can’t accept the criticism of others and fear of the feeling of inferiority. This society creates a person who can’t evaluate himself so that he won’t have to face other’s criticisms. This results in the lost of respect towards each other and each other’s opinions. We will continue in the extremism our own beliefs unchecked.

Extremism is also a psychological issue

On the other hand, extremism is also a psychological issue. Among the explanations for extremism, one views it as a plague. Arno Gruen said, “The lack of identity associated with extremists is the result of self-destructive self-hatred that leads to feelings of revenge toward life itself, and a compulsion to kill one’s own humanness.” Thus extremism is seen as not a tactic, nor an ideology, but as a pathological illness which feeds on the destruction of life. So extremism is a mental illness caused by isolating our selves, negative vibes ect… This is why philosophers criticized Descartes when he called for Seclusion and prejudice; it’s our mind’s jail.

But after all what has been said, we found ourselves wondering if the government is really responsible for youth extremism, or can it be a community problem?

Well, both are responsible! They say the government is the mirror of the people. If people aren’t aware of their rights and duties; the government won’t be afraid to put her hands on everything. This is a dictatorship and we all know that a dictatorship is the way to extremism. We have seen this modeled by watching recent jailed Tunisians. We see it in the kind of torture they faced and how it affected their families, personalities, and how it lead some of them who suffer the lack of awareness to extremism. The result is responding to violence with violence, racism with racism. The way of extremism and repressive policy create a society full of regionalism and hatred. As a conclusion, the government is the mirror of the society and the society is the mirror of their government. If one is extremist it will lead the rest to extremism.

A solution for the Extremism?

One of our main issues is that we find a lot of time to talk about problems but we’re never too eager to seek good solutions! As far as I’m concerned one of the best ways to fight extremism is by inserting the spirit of philosophy in the first years of school because philosophy is one of the subjects which “strip” the truth and develop the mind. Also the culture of discussion and the art of debate should be cultivated by becoming a subject to study in schools or at least in clubs in every school. So that a student can discuss with his teacher, a son with his father, and so on. Do not forget the importance of social activities such as street art because a country full of art is a country that is one step away from hatred. We need to especially focus on the role that the social media is playing, that double edged weapon. 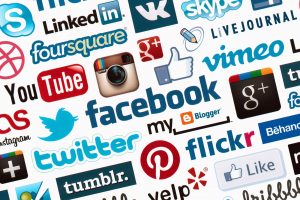 Facebook has played a role in the revolution of Tunisia as the place where “Daech” can express their point of view freely. We all know that if the media has played negative vibes then surely it most be because something is wrong such as the manipulation by politics which destroy peace.

We’ve all heard about real stories that have happened to people we know or strangers. I’m going to tell about two stories that do really describe how the family and relationships can badly affect our future. So there was a Tunisian man working in Italy, where sent his money back home every month for his mother to save it. After the revolution he wanted to come back home and start his own business. But he was surprised to discover that his mother gave all the money he saved to his brother who refused to return it back. He was so shocked that he went to people who influenced him to run to Syria to fight with “Daech”. The second story is about a girl who fell in love with an extremist, so she wore Niquab, left school, and she participated with him in the Bardo National Museum attack on 18 March 2015 .

“Even fresh air and clean water are harmful if ingested in extreme amounts!” We really need to fight against Extremism by hard work, real solutions, and awareness so that we can bring some peace into this burning earth. 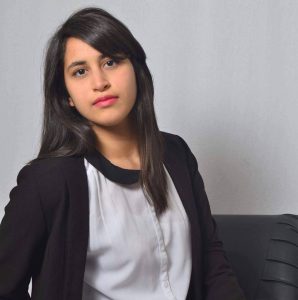 Riahi Imen is an Arab Language, Literature and Civilization student at literary studies and humanitarian sciences preparatory institute of Tunis. Her social activism career has started in 2013 when she started volunteering in the Tunisian Red Crescent. Currently, she is the “Travel+Social Good Tunisia’s coordinator, Vocalist in Tunisian Youth Club, an active member in International Institute of Debate and the responsible for the AC/IID Magazine project. From another side, she was always interested in writing and she organizes focus group about issues related to youth and writes about it.